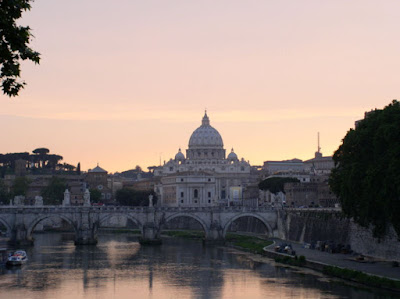 We just came back from Rome where we stayed for three weeks. My husband rented a home for us in the hill of Trastevere. It's a place very much looked for, full of restaurants but this is more in the lower ground. We were at the high, on the top of Goffredo Mameli street, almost at the Gianicolo which is a place where there are quite a big territory belonging to the Holly See, including the Hospital Bambino Gesu ( Baby Jesus). From our house it was easy to go to the Vatican, which was not realy far from us. So, you can imagine the times we went there.
It was not the first time but it's always such a moment of emotion as we, facing Saint Peter Basilica, felt that we realy were at Home. Yes, that is Home.
We took a lot of pictures, that I will post tomorow and following days.
The big moment was when we went to Castel Gandolfo where the Pope is for his holidays. I knew that he in July always goes to the mountains and I was a bit sad until I learnd that, this year, he wanted to go to Castel Gandolfo since July and until he goes to UK in September. It's the first time he does that and I felt it as a special blessing from Our Lord.
So, we went, so expectant of that imense previlege that is to receive a blessing from the Pope.
It was beyound whatever I can say. It was so amazing that my husband wanted to go again the following sunday - which was received with big joy. Being him an anglican by birth, I didn't want to press my husband but he was so happy there that was him who proposed to return. And everytime I looked at him I could see a transformed face - I can't find another word - looking extatic to the Pope. He, with us, waited in the sun for two hours until the doors opened and before that he went to buy a british flag by his own idea.
If you go to my other blog you can see the flag in the movies You Tube has.
It was a wonderful time and I, that always like so much to come back to my home as I like to go on holidays, I'm already missing the Pope and that Home of us all catholics that belong to that Church that we like so much.
Picture: I think I took it from wikipedia bit now I can't find the place.
Posted by P. at 12:48 PM 6 comments 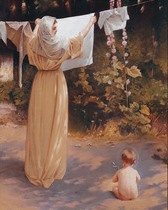 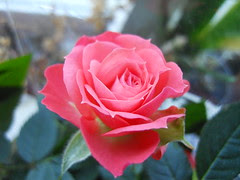 "So do not worry about tomorrow, for tomorrow will bring worries of its own. Today’s trouble is enough for today." -Matthew 6:34

Cooking and Baking in Blogland

"So, whether you eat or drink, or whatever you do, do everything for the glory of God."
-1 Corinthians 10:31

All things domestic and feminine 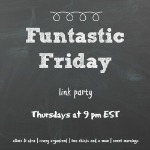